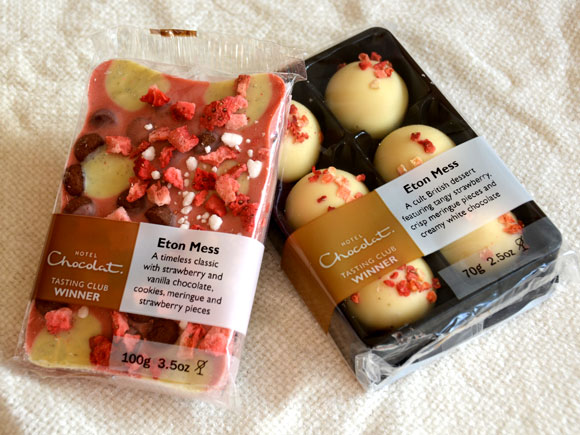 A while ago I discovered a very dangerous store. I can’t go inside this store without buying at least one thing. 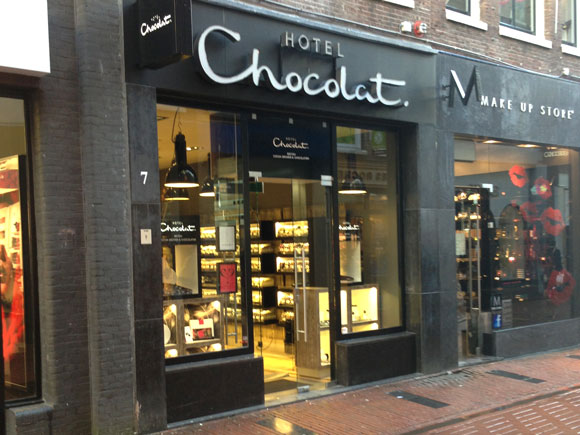 The store I’m talking about is called Hotel Chocolat. It’s a British company selling (you probably guessed it already) amazing chocolate! They opened a store in Amsterdam (Heiligeweg 7) a while ago, but you can also order everything on their website. 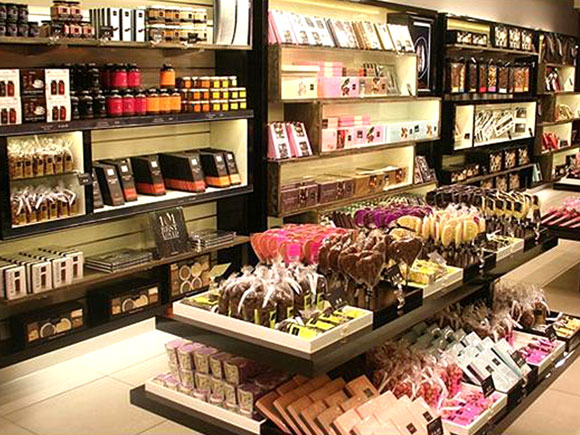 They sell a lot of different and really special flavors and combinations. For example, have you ever heard of chocolate that tastes like “white Jamaican rum, refreshing mint and lime”. Or what about “sour cream notes of cheesecake topped with super soft caramel“. Sounds tempting right? Oh and I really want to try a cup of their hot chocolate in the small ‘Coffee vs Cocoa Bar ‘ they have upstairs. 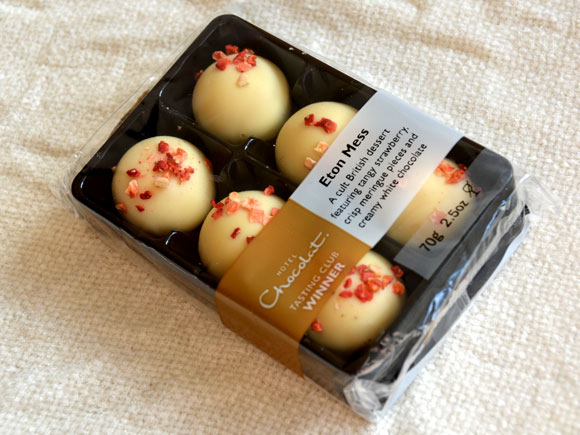 The last time I visited the store I bought two items. They are both called Eton Mess and contain white chocolate, strawberry and meringue. They are different though. The first one contains six separate pieces (70g/2.5oz) with a soft filling. The second version is a bar of chocolate (100g/3.5oz) with extra vanilla and cookies. 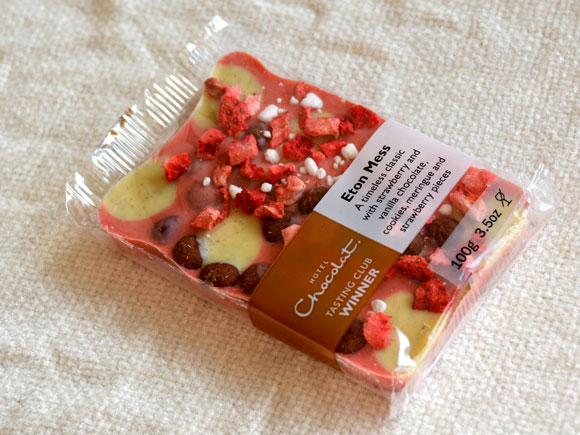 So are you in the mood for chocolate yet? I sure am!