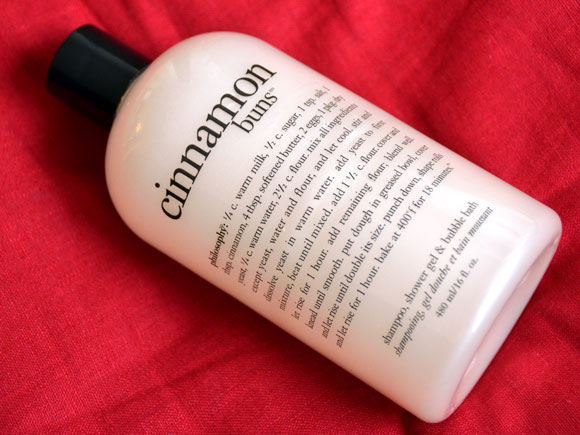 Oh it’s such a shame you can’t smell this shower gel through your screen! I love the way it smells! 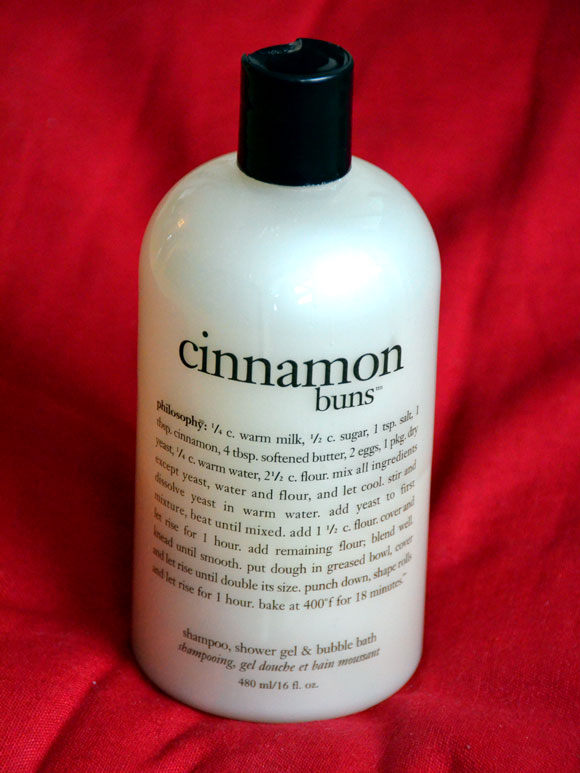 Products with a cinnamon scent can be really sharp. Luckily this Philosophy Cinnamon Buns shower gel has a really soft and creamy smell. It doesn’t mean you won’t smell the cinnamon though, it’s still really strong. Sounds contradicting right? Believe me, it’s true! One day when I used this shower gel in the morning, my boyfriend could still smell it on my skin at the end of the afternoon. Even though I also used perfume. 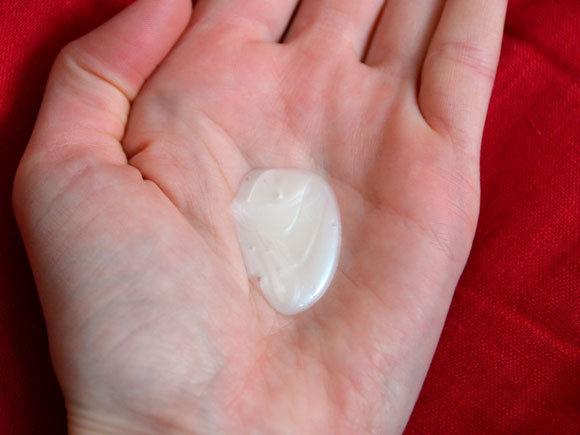 You can use Cinnamon Buns as a shower gel, shampoo or a bubble bath. I must say I’ve only tried using it as a shower gel. It’s very soft to use though, so I think it would also make a nice bath product. The bottle is very big (480 ml/16 fl. oz.) so you do have enough to use it for your bath as well. You can buy it at Amazon or Ici Paris (NL). 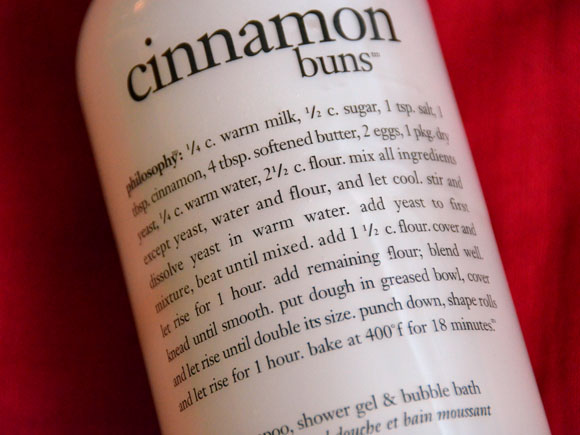 Oh and did you notice the recipe on the front of the bottle? Did I mention I love this product? It makes me curious about the other Philosophy products.

What is your favorite shower gel of the moment?