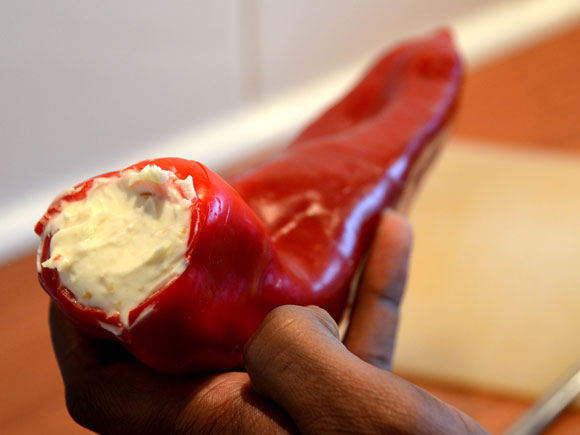 Do you like this recipe with stuffed portobello mushrooms? Well these stuffed cubanelle peppers are an easy variation and a perfect side dish! 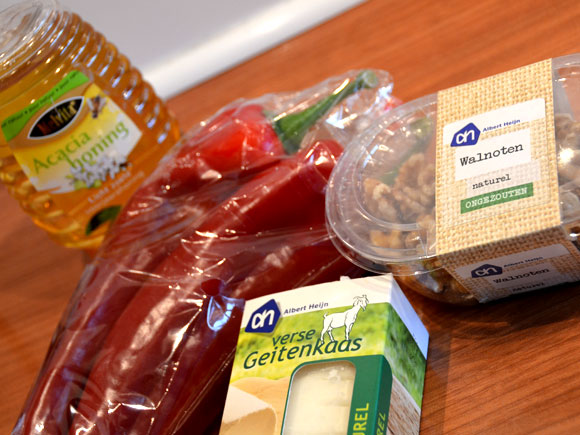 Cubanelle peppers are red peppers, but are longer and sweeter than the regular version. I never tried them until Romano brought them home. They have a softer taste that normal peppers, which I like.

For this recipe you’ll need two cubanelle peppers, approximately 1/4 cup (70g) goat cheese, 1/4 cup walnuts and 1 teaspoon honey. It depends a little bit on the size of the peppers. If they’re pretty big you might need to use a bit more to be able to fill them completely. 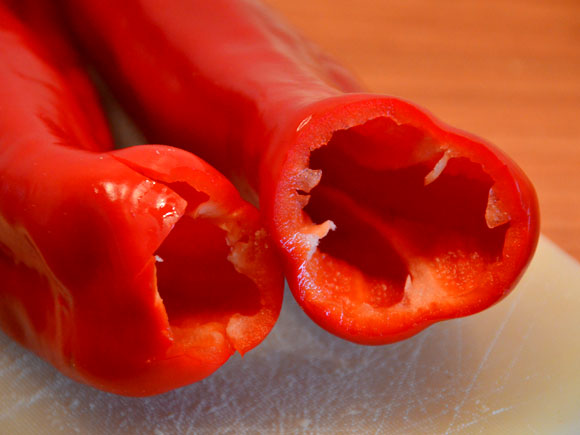 Preheat your over to 400F/ 200C. Now start with washing and cleaning the peppers. The best way to do this is to cut around the green part and carefully pull it out. With a bit of luck this will remove the seeds. To get the rest out you can beat the peppers softly or rinse it. take a sharp knife and carve the outside of the peppers slightly. This will keep the peppers from staying very wet. 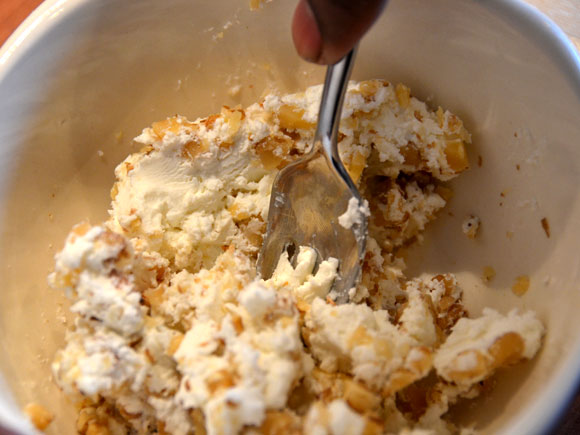 Now put the goat cheese in a bowl and chop the walnuts. Add the walnuts and honey to the goat cheese and use a fork to mix it al together. Fill the cubanelle peppers with the cheese mixture and place them in the oven for about 15 minutes.

Have you tried these sweet peppers before?